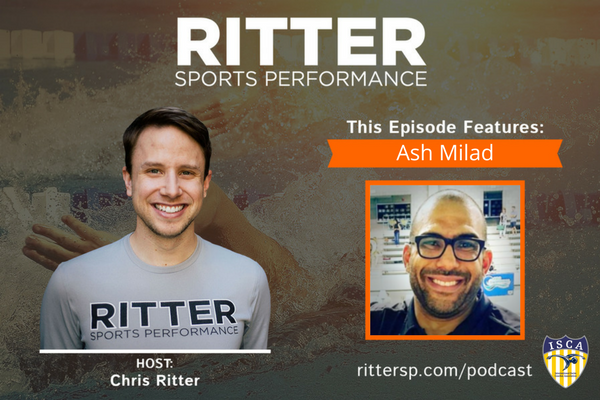 351
SHARES
ShareTweetSubscribe
Get the Workouts and Listen for FREE

Ash Milad is the current head dryland and performance coach for the Bellevue Club Swim Team. Prior to beginning this season with the Bellevue Club, Ash spent 13 years at KING Aquatics. First, from 2004 to 2013, Ash was the head age group/lead site coach and then at the end of 2013, he was able to move up to the co-head coach position until 2017. Coach Ash first started his coaching career in 1996 with the Nittany Lion Aquatic Club. He is a Certified Crossfit Level 1 coach and has been named “Coach of the Year”, “All-Star Coach” and “Head Zone Coach” on several occasions.