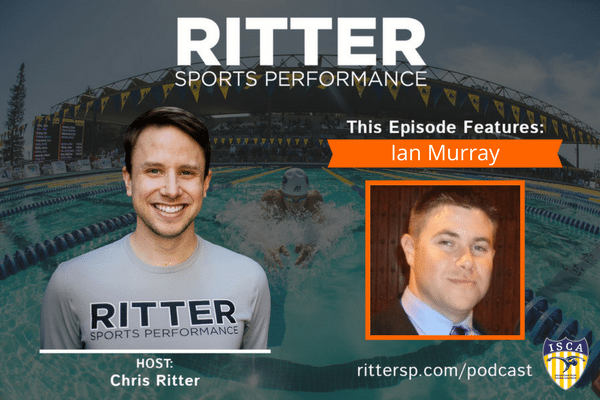 SHOW NOTES
Ian Murray was named the Associate Head Coach of Carmel Swim Club in September of 2013. Coach Murray works directly with the High Performance training group and is an assistant coach on the Carmel High School staff. In the past three years, Ian has coached athletes to the USA Swimming National Team and National Junior Team. His athletes have won individual National and Junior National titles. In addition, his swimmers have broken multiple National Age Group records and a World Junior Record. He recently served as the Head Coach of the USA Swimming Zone Select Camp and has also served on the staff of the National Select Camp. Ian has been a USA Swimming National Team Coach and was recognized by the American Swimming Coaches Association as a Coach of Excellence for 2015. Ian came to Carmel after six years on the staff of the Lake Erie Silver Dolphins in suburban Cleveland, Ohio, where he was an Age Group and Senior Coach. While at Lake Erie, he worked with multiple members of the USA Swimming National Team, including an Olympic gold medalist. Coach Murray was the 2006 Lake Erie Swimming Age Group Coach of the Year. During this time, he also served on the staff of the Richard Quick/Stanford National Swim Camp, and was Head Coach of both the 2003 Ohio Mid-States QUAD Team and the 2004 Lake Erie Zone Team.
Connect
Connect with Ian:
– Team Website
– Twitter
– Email
Podcast Sponsors