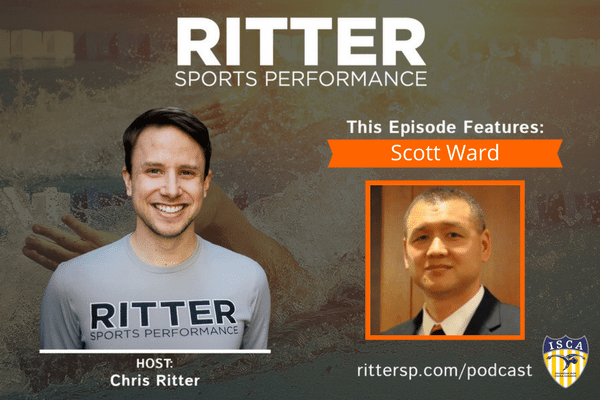 SHOW NOTES
Scott Ward has been the head coach of the Eagle Swim Team since 1992. Coach Ward is a certified ASCA Level 5 Swim Coach and has been professionally coaching since 1986. In between coaching the Eagle Swim Team, Scott is also the team president and lead coach of the program’s National Training Group. Under Coach Ward’s direction, Eagle Swim Team has experienced tremendous gains in the past several years and has become a nationally recognized club team. Since 2006, the Eagles have captured ten Eastern Zone Sectional titles including combined team titles in 2011, 2012, 2014 and 2016. Coach Ward also served as the head coach for the McDonogh School’s men’s and women’s varsity swim teams. Prior to forming the Eagle Swim Team, Coach Ward coached at the Catonsville YMCA from 1989 to 1992. At Catonsville YMCA, he began as an assistant and then climbed his way to the top as the head coach. Over those four seasons, he helped build a strong team that went from having no national qualifiers in 1989 to seven in 1992. Additionally, Coach Ward has been active on the Maryland Swimming Board of Directors serving in various board positions and with USA Swimming as a National Select Camp assistant coach (2009) and a Zone Select Camp Head Coach (2010).
Connect
Connect with Scott:
– Team Website
– Facebook
– Twitter
– Instagram
– Email
Podcast Sponsors