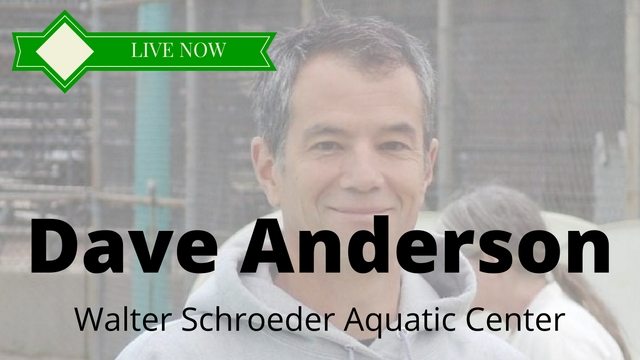 Dave Anderson, Co-Head Coach of The Schroeder YMCA in Wisconsin, is in his 32nd year of coaching and 22nd at the Walter Schroeder Aquatic Center. Since 1985, Anderson has coached a Paralympian, an USA Olympic Team Triathlete, 24 Olympic Trials qualifiers, and three Olympic Trials finalists, a Junior World Championship Team Member, 16 Big Ten and Big Eight Conference Champions, five U.S. Open Champions, 39 USA National Finalists, two USA National Championship Relays, five USA National Junior Team Members, two USA National Team Members, two Junior National Champions to six Junior National records, and 12 National YMCA Champions. Anderson has been a member of the USA National Team and Junior Team Coaching Staff, Head Coach of the Southern Zone Select Camp, named YMCA National Coach of the year in 1996 and again in 2007 and 2013, and led the Schroeder YMCA Swim Team to a National Combined Team Title in 1997 and the Women’s Team Championship in 1999. Anderson began coaching high school and club swimming in his home state of Pennsylvania in the Philadelphia area. In 1987, Dave moved to Lincoln, Nebraska to be a graduate assistant with the University of Nebraska’s men’s team and in 1989 he was named Men’s Assistant Swimming Coach at the University of Minnesota. The Gophers finished in the top 10 at the NCAA Championships four times and he earned his Masters degree in Education. He has served as WI Swimming’s Senior Chair, the Central Zone’s Coach Director, has been a member of USA Swimming’s Board of Directors and is currently serving on the National YMCA Coaches Committee.