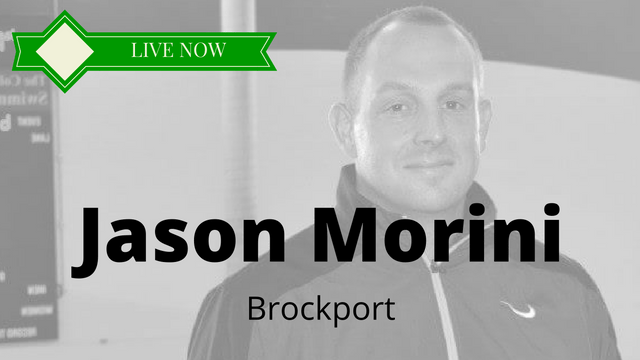 Jason Morini has been the head coach of the Men’s and Women’s Swimming and Diving Teams and Aquatics Director since the summer of 2012. Morini joined the Golden Eagle staff after eight successful years at Misercordia University. In his first season at the helm of the program, Morini led the Golden Eagles men’s and women’s teams to a combined overall record of 7-9, while the women finished in sixth place and the men in seventh at the SUNYAC Championships. Senior Kenny Smith earned All-SUNYAC Second-Team honors, the first swimmer to earn All-Conference recognition since 2007. Brockport finished the season with seven school records. The two years prior to Morini coming to Brockport, he led the Cougars to 32 school records. Misericordia posted a winning record in each of Morini’s last four seasons. In his eight seasons as head coach, Misericordia compiled an overall record of 105-63. Morini was also a two-time MAC Coach of the Year recipient.