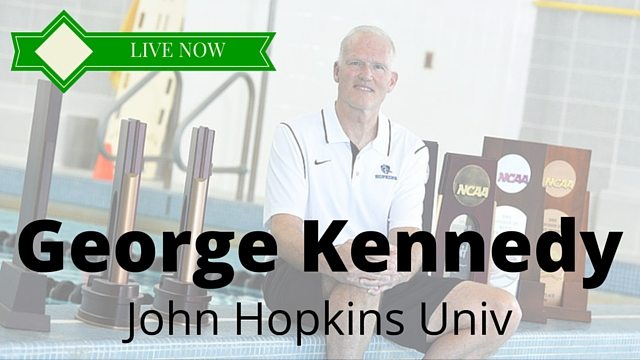 George Kennedy had amazing success as the John Hopkins University Swim Coach over his 31 years there, as his teams won 373 dual meets and 24 conference titles and produced 29 national champions and more than 1,400 All-Americans. At the NCAA championships, the Blue Jays have earned 46 top-10 finishes and 19 top-five finishes. Kennedy was also named NCAA Division III Coach of the Year seven times as well as listed on Fortune’s World 50 Greatest Leaders in 2014. His wisdom on coaching swimmers to go fast and creating high performing team cultures was a great treat to listen in on.