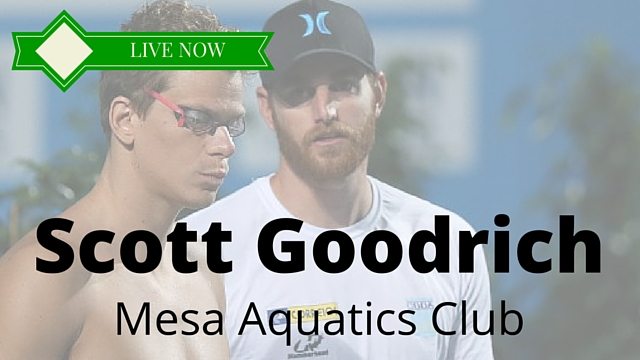 Scott Goodrich is the Head Coach at Mesa Aquatics Club competed as part of the United States national team at the 2007 World University Games in Thailand. There he won the bronze medal in the 50m freestyle. Scott attended Auburn University from 2004-2008. During his time he was part of 3x national team championships, he contributed to 4 NCAA winning relays and became a 13-time All American. Scott graduated from Auburn with a B.A. in Communications.
Scott started coaching with Arizona State University in 2009. He worked with both the men’s and women’s swim team. In 2013, Scott moved to Brazil to work with Cesar Cielo and helping him prepare for the World championships in Barcelona where he was able to win 2 world championship titles.