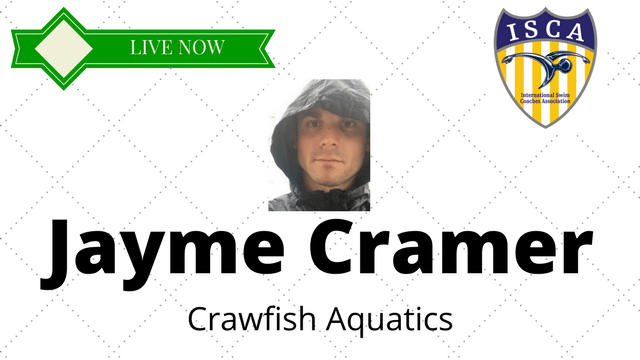 SHOW NOTES
Jayme Cramer has been the head coach elite development for the Crawfish Aquatics since 2008. He has coached over 40 athletes to Louisiana state records and accomplished to earn titles for multiple swimmers as well. Prior to coaching, Jayme was a USA Swimming National Team member for 7 years and was rewarded with various medals for World Championships, Pan American Games and Goodwill Games. In 2000, Jayme was deemed a member of the National Junior Team. In the NCAA, he was named the NCAA Champion twice and the NCAA All American twenty times! His experience in swimming dates back to his high school years where he was named the national high school swimmer of the year in 2001.
Connect
Connect with Jayme:
– Team Website
– Twitter
Podcast Sponsors