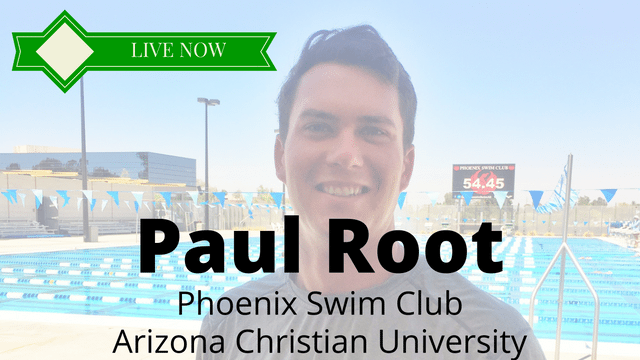 Paul Root is the head developmental coach at the Phoenix Swim Club and the head coach for women’s swimming at Arizona Christian University. Paul swam for Grand Canyon University, and after being sidelined with an injury he discovered a love for coaching. Paul was hired by Misty Hyman to coach a non sanctioned masters program at Melrose Paradise Recreation Club and spent 18 months developing the program until it was ready to become an official USMS team. While building this team, Paul took the job of head coach of Phoenix Christian High School where he stayed for two seasons before taking the position as Aquatic Director for Moon Valley Country Club (Phoenix Swim Club’s new expansion team) where he continued to coach multiple rec. teams as well as training six athletes from India to prepare for their Junior National Meet under their head coach Asian Games gold medalist, Sanjeev Tokas.