123 How are you gonna make the most of today? - Jerry Cummiskey - RITTER Sports Performance 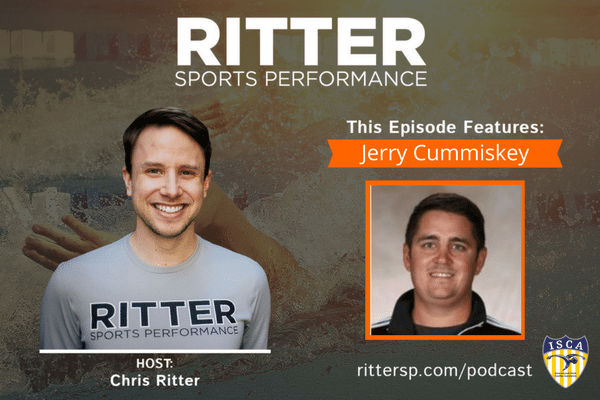 SHOW NOTES
Jerry Cummiskey has been an assistant coach with the Bryant University swimming and diving program for 4 years. Coach Cummiskey has helped the Bulldogs excel during championship season in each of his first two years in Smithfield. Jerry also helped the Bulldog men finish sixth and the Bulldog women finish third. In his first season, both the men and the women enjoyed historic success at the championships. Coach Jerry brings a wealth of coaching experience to the Bulldogs program that is becoming one of the top teams in New England. He worked as an assistant at Wheaton College in prior years but has extensive experience with club swimming. Cummiskey is currently the head coach of the Bulldog Aquatic Club out of Smithfield, and worked for two years as the Aquatics Director and head swim coach at the Cumberland-Lincoln Boys and Girls Club.
Connect
Connect with Jerry:
–Team Website
– Facebook
– Email
Podcast Sponsors