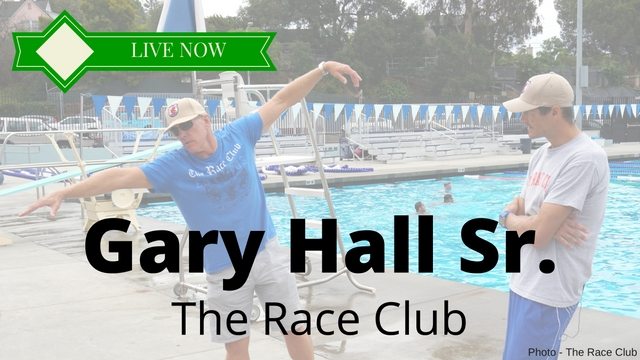 Gary Hall Sr. was the World Swimmer of the Year in 1969 and 1970, establishing 10 World Records in his career. Both Gary Sr. and his son, Gary Hall Jr., each competed in three Olympic Games, winning a combined 13 Olympic medals for the United States. In 1989, he started the Phoenix Swim Club in Phoenix, Arizona and in 2008 became Head Coach and Technical Director at The Race Club, which was founded by Gary Jr. in Islamorada Florida. Dr. Gary Hall has now dedicated his life to coaching technique and training methods to children, masters, fitness and health swimmers, triathletes and others at The Race Club Camps. He brings his science background, knowledge and experience in stroke mechanics and a strong passion for swimming to offer an unsurpassed quality of teaching at The Race Club. Swimmers of all ages and abilities come from around the world to learn from and be inspired by Gary Hall Sr. and give themselves the lifetime gift of swimming.