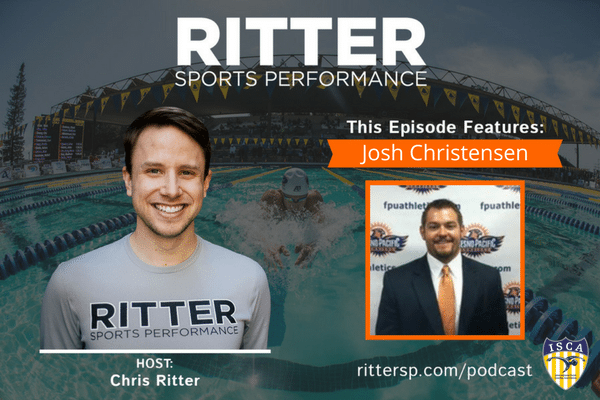 SHOW NOTES
Josh Christensen has been the head coach for the Fresno Pacific swimming and diving program since May of 2012. In his first year at the helm, Christensen had the Sunbirds ranked #8 in the nation and the women #12 in their first year at the NCAA Division II level in 2012-13. Christensen led FPU to a second-place finish at the PCSC Championships, while the women took home third. Prior to FPU, Christensen spent two seasons at Grand Canyon University in Phoenix as the head assistant and recruiting coordinator for one of the top swimming programs in NCAA Division II. Josh was also an assistant coach from 2007-2010 and during that span the men’s team never finished lower than fifth and the women’s team never lower than 10th at the NCAA Division II national championships. Coach Christensen, whose entire swimming and coaching career has been at the Division II level, has a coaching philosophy that is not only centered around highly-competitive swimming, but also stresses the importance of a family atmosphere and a genuine care for each student-athlete.
Connect
Connect with Josh:
– Team Website
– Twitter
Podcast Sponsors