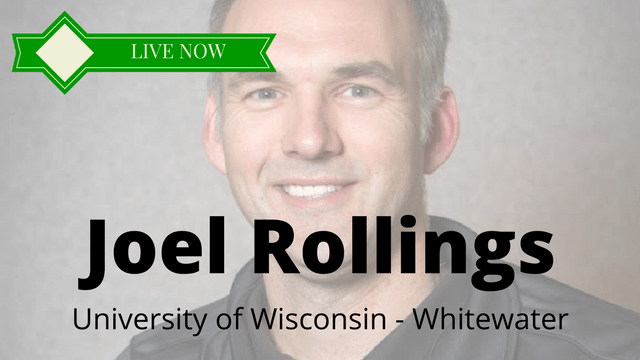 Joel Rollings has been the head coach for the University of Wisconsin-Whitewater for 11 years this season. Since his arrival in 2006, Rollings’ teams have set school records 83 times (49 women’s and 34 men’s). He is a three-time Wisconsin Intercollegiate Athletic Conference Men’s Coach of the Year selection (2008-09, 2012-13, 2014-15) and was named the conference’s Women’s Coach of the Year in 2014-15. Rollings’ student-athletes have compiled 43 conference championships (22 women’s, 21 men’s), 13 All-America honors (12 women’s, 1 men’s) and two national championships (both women’s). Prior to UW-Whitewater, Rollings served as the interim assistant swimming coach at the University of Wisconsin-Milwaukee (2005-06) and the head coach for the Germantown Swim Club (2000-05). From 1998-2000, Rollings was the head age-group coach for the highly respected Phillips 66 Splash Club in Oklahoma, preceded by a stint as a graduate assistant coach at Texas Christian University (1996-98). Rollings’ first coaching job, from 1992-96, was as the head boys’ and girls’ coach at Grafton High School. Over the past 20 years, Rollings has worked with athletes at all levels, from novice to Olympic Trials qualifiers. The basic philosophy of his program is to create an environment that student-athletes take ownership of their sport, and work together in achieving their goals.

FREE Trial of the Coaches Corner