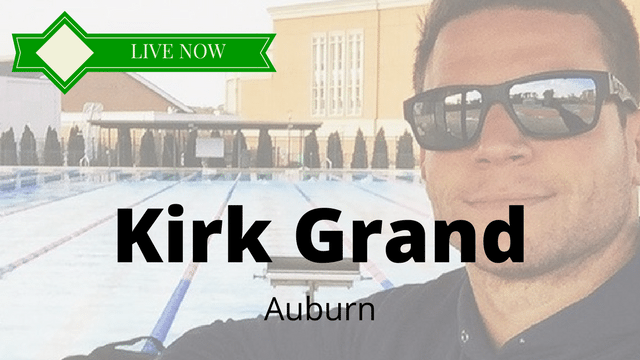 SHOW NOTES
Kirk Grand is the assistant coach for Auburn Swimming & Diving. Grand, who specialized in psycho-physiology while earning his PhD from Auburn, assisted with the day-to-day functions of the Auburn swimming and diving program over the past three seasons. He presented evidence-based research to the team and lead mindfulness, self-talk, physiology and performance anxiety information sessions. Grand remains a research associate for the Councilman Center for the Science of Swimming at Indiana University, has previously worked with the Longhorn Swim Camp, and has been a USA Swimming Head Coach in Bloomington, Ind., designing training plans for athletes ranging from national level to learn to swim. Grand has been published in multiple publications as well as the book, The Science of Swimming Faster. He has also presented at the American Swim Coaches Association World Clinic on the limits to superior performance.
Connect
Connect with Kirk:
– Team Website
– Twitter
– Book
– Email
Podcast Sponsors