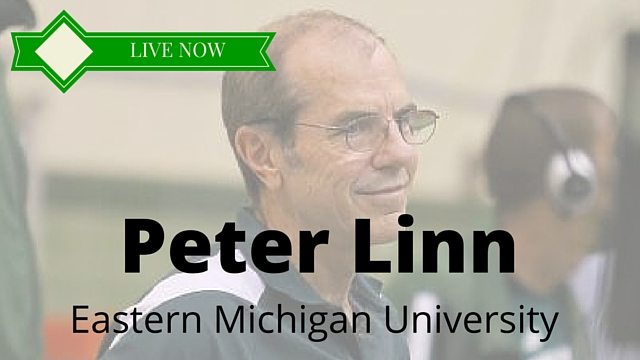 SHOW NOTES
Peter Linn is currently in his 28th season as the head coach of the Eastern Michigan University men’s swimming team. He took over as head coach of the women’s program in 2004. In his 27 seasons as men’s head coach, Linn has guided the Eagles to 22 Mid-American Conference Championships, including eight in a row from 1988-1996. For the women, since he took over for the 2004-2005 season, he has led the Eagles to a 60-31 mark in nine seasons.
Connect
Connect with Peter:
– Team Website
– Email