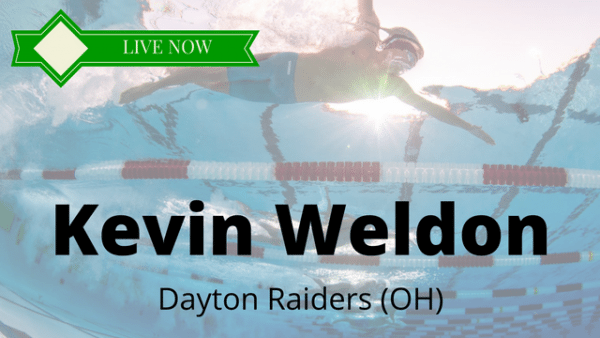 Kevin Weldon is the Head Coach for the Dayton Raiders. He returned to Dayton, Ohio, in 1989 as the Raiders Head Coach after competing as an age group/teenager for the Dayton Dolphins in the late 70’s/early 80’s. Kevin is a Level 5 ASCA Member as well as a USA Swimming National Team Member Coach. Under his guidance, the club has grown from 50 to over 200 year round swimmers. As Head Coach, Kevin has led one of the top USA-Swimming clubs in the country that can compete not only at the local and regional level, but also at the national and international level. This is evidenced as the Dayton Raiders were nationally recognized as a USA Gold Medal Club – 2 years in a row; a distinction only reserved for the top 20 clubs nationally. Kevin’s many accomplishments include leading the Dayton Raiders to the 2012 Men’s USA Junior National Team Champions, the only time in history Dayton has won a National title. Additionally, Kevin has coached numerous individual Junior & Senior National Champions, several National Age Group Champions and Record Holders, American Record Holder, two Olympic Trial Finalists and numerous Ohio High School Champions and Record Holders. Kevin has also been honored 10 times as the Ohio Senior Coach of the year as well as 2013 NCSA Junior National Coach of the Year.