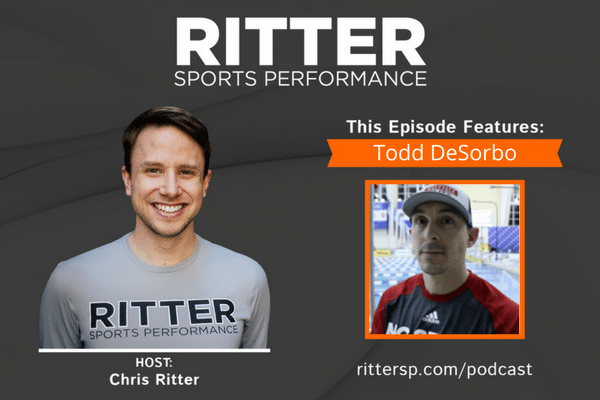 SHOW NOTES
Todd DeSorbo was hired as the head men’s and women’s swimming and diving coach in August 2017. In his first season with the Cavaliers, the women’s team reclaimed the ACC title, while the men’s program finished third at the conference championships. The program set a combined 13 school records with the men setting seven and the women six during the season. At the NCAA Championships, the Cavalier women placed ninth earning All-American honors in 14 events as the men finished 29th after earning All-America honors in seven events.

Prior to UVA, DeSorbo served as the associate head coach at NC State for six seasons. He worked primarily with the Wolfpack sprinters and was a developmental specialist. He oversaw the programs’ recruiting, training and day-to-day operations.