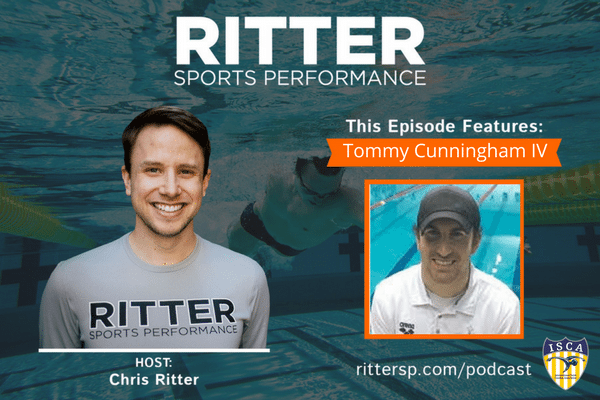 SHOW NOTES
Tommy Cunningham was named the head zone coach for the PNS Zone team for KING Aquatics in 2014. Prior to his current position, he looked over the North Age Group site for KING Aquatics. Since 2012, the athletes he has coached have set 41 KING records, 24 PNS records, and 2 National Age Group records. His athletes have set 53 national top-10 rankings and 16 all-time top 100 times. Tommy began his swimming career at 10 years old for KING Aquatic Club, where he went on to set multiple team and PNS records as a KING athlete. As a member of KING’s National Group, he represented KING as a national championship qualifier in the 100-meter free. This success enabled Tommy to swim for the University of Washington on an athletic scholarship, where he specialized in the sprint events. After retiring from the sport as an athlete, he transferred his expertise into coaching when he began his coaching career for the Marine Hill’s Swim Team. He had a big role in leading Marine Hills to its first ever All-City Championship in the program’s history and he followed the next year with leading them to another All-City Championship.
Connect
Connect with Tommy: