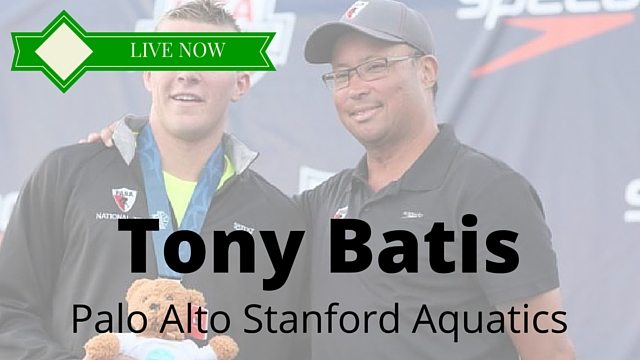 Tony has been Head Coach for the Palo Alto Stanford Aquatics since 1992. He is only the third head coach in the club’s history. Prior to joining Palo Alto, Tony was the Head Age Group coach for Salinas Valley Aquatics which was also the club program he grew up in. As Head Coach for Palo Alto, Tony has had numerous athletes in the Top 16 nationally along with CCS Champions, Junior National Champions, Pacific Record-holders, National Finalist and Olympic Trials Finalist. He also swam at USC, where he graduated and competed in the 1988 Olympic Trials.