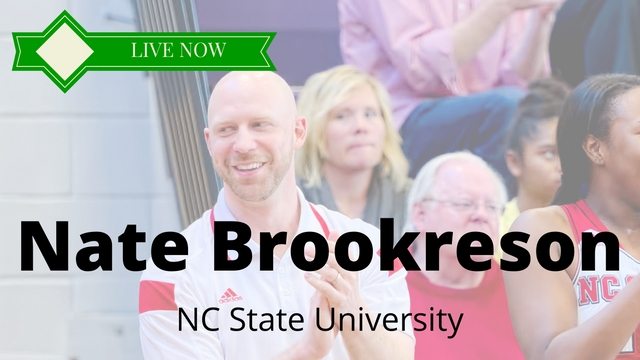 SHOW NOTES
Nate Brookreson is the Director of Strength & Conditioning for Olympic Sports at NC State. His primary training duties are with women’s basketball, swimming and diving and men and women’s golf, while supervising the implementation of training for over 500 student-athletes. Prior to NC State, Brookreson was the Director of Athletic Performance for Olympic Sports at the University of Memphis from August 2013 until June 2015. While at Memphis, Brookreson worked primarily with men and women’s soccer, men and women’s golf and track & field sprinters while supervising training for the Olympic sports department. A native of Lacey, Washington, Brookreson earned his Bachelor’s degree from Central Washington University and Master’s degree from Eastern Washington University in exercise science. He is certified (CSCS) through the National Strength and Conditioning Association and (SCCC) the Collegiate Strength and Conditioning Coaches Association.
Connect
Connect with Nate:
– Team Website
– Twitter
– Email
Podcast Sponsors