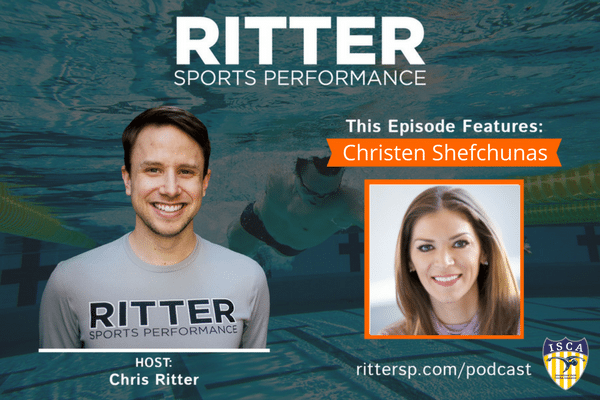 SHOW NOTES
Christen Shefchunas started coaching swimming after her career at the University of Tennessee, where she walked on to the Lady Vol SwimTeam as a freshman and walked out four years later as a 4x All-American and captain her junior and senior seasons. She was an assistant coach at Michigan State University for 2 years before going to SMU as the women’s assistant for 4 years, where she worked with Olympians, World Champions and NCAA Champions. In 2006, Christen became the Head Coach at the University of Miami, where she spent 7 seasons. After falling in love with the confidence coaching she was exposed to in her sixth season, she decided to leave her coaching career to start speaking full-time as well as begin Confidence Coaching for Olympic-level and Professional athletes. In 2015 though, she returned to the swimming world for a year, as she helped Team Elite, a group of Olympians and National team members prepare for the 2016 Olympics Games in Rio. Coach Christen has now returned to Speaking, and is a Confidence Coach to many Olympians, professional athletes, college athletes and those passionate about reaching their full potential.
Connect
Connect with Christen:
– Christen’s Website
– Lead Sports Summit Website
– Facebook
– Twitter
– Instagram
– Email
Podcast Sponsors