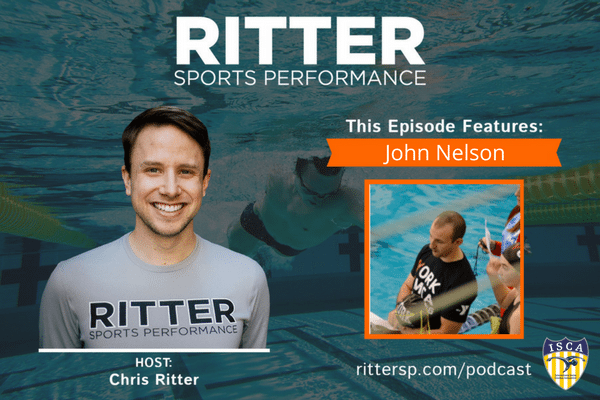 SHOW NOTES
John Nelson is the Head Coach and Director of Competitive swimming at York YMCA. John worked at the York Y as an assistant to Michael brooks for the past three years. Under Brooks’ tutelage he honed his coaching and leadership skills. While working with Coach Brooks they produced numerous individual national champions, YMCA national records, relay national records, and in 2016 claimed the team title for the women at the short course national championship. Previously he was the Head coach of the Piedmont family YMCA, where in one year under his leadership, CYAC doubled in size to nearly 300 swimmers and won both the District and Regional YMCA Championships. Coaching a broad range of swimmers novice to senior, John aided multiple swimmers to YMCA All American honors. Prior to working at CYAC, John worked as the Head Coach of the Heidelberg Sea Lions Swim Team in Germany, where he oversaw a team of 80 age-group swimmers, many of whom earned European Age Group championship victories. During this time, he also served as the Head Coach for the DOD Heidelberg high school. John also spent five years as the Age Group Coach of the Charlottesville Virginia Gators, coaching multiple swimmers to top finishes at the Virginia State Championships and designing a very successful swim lessons program.
Connect
Connect with John: