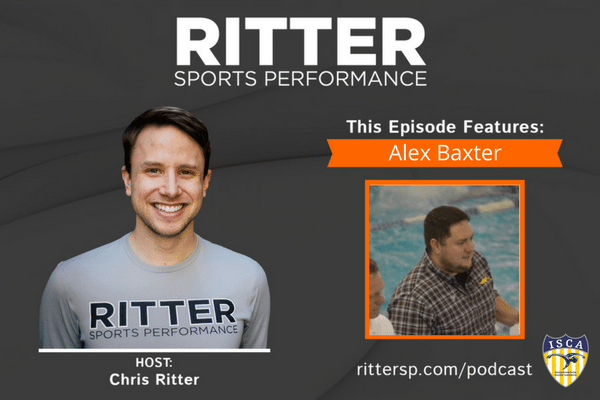 SHOW NOTES
Alex Baxter is the Associate Director of Competitive Aquatics at the Wilton YMCA in Wilton, CT and Head Age Group Coach of the Wilton Y Wahoos. He is a certified ASCA Level 4 Coach with over 15 years of coaching experience. Among the thousands of young swimmers Coach Alex has worked with have been; multiple future NCAA DI athletes, a handful of USA National Top 20 Age Group Swimmers and Olympic Trials qualifiers, as well as over 35 YMCA National Top 10 swimmers. In the last year Coach Alex has led the Wahoos to the Connecticut Swimming Long Course Age Group Combined Team Title and the Connecticut Swimming Short Course Age Group Boys Team Title. Prior to arriving in Connecticut, Coach Alex was the Director of Competitive Aquatics at the Lionville Community YMCA in Exton, PA. He grew up in Boise, ID where he was a typical “pool rat” every summer. He enjoyed his time around the water enough that it carried him through competition at the club, high school, and college levels. Part time coaching after graduation left Coach Alex dreaming of spending all of his days around the pool and that eventually led to him to head east to make coaching his full-time profession.
Connect
Connect with Alex:
– Team Website
– Twitter
– Instagram
– Email
Podcast Sponsors