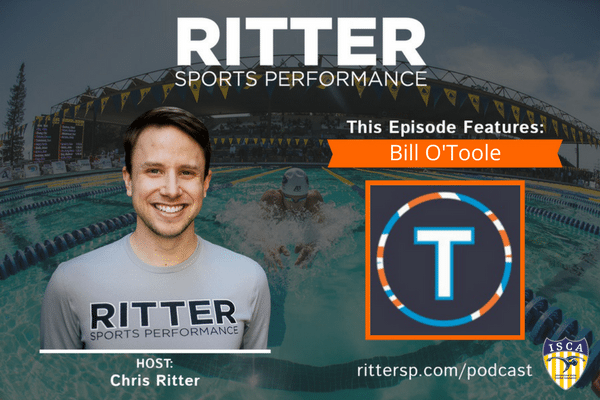 SHOW NOTES
Bill O’Toole is the current head coach for the Toronto Swim Club. Coach Bill has over 30 years of coaching experience and has coached swimmers to nearly 100 National and 100 Provincial records. He has placed several swimmers on Canada’s National Team including the Olympic Games, World Championships, Commonwealth Games and Pan Pacific Championships. Bill began his coaching career in 1982 for the York Swim Club and then became the Head Coach of the Markham Aquatic Club from 1986-1996. After his tenure in Markham, Bill moved on to the Cobra Swim Club as Head Coach from the fall of 1996 until the summer of 2013. Bill has received numerous awards for his coaching including the Petro Canada Coaching Excellence Award and Swim Ontario Coach of the Year. He is a Level III certified coach and is recognized as ChPC (Chartered Professional Coach) with the Coaching Association of Canada.
Connect
Connect with Bill:
– Team Website
– Facebook
– Twitter
– Email
Podcast Sponsors