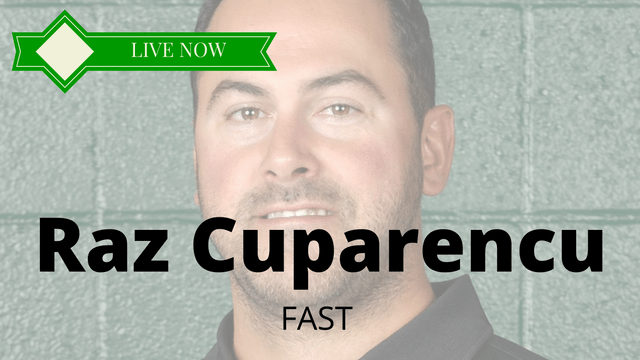 Raz Cuparencu is the National Team and Senior 2 Coach for the Flyers Aquatic Swim Team (FAST) in St. Louis, MO. He is a USA Swimming National Team Coach having led Ashley Twichell, USA Swimming National Team member, to a 2016 National Championship in the 10k Open Water event before transitioning her to the pool for a 5th place finish in the Women’s 800 Free at 2016 Olympic Trials. In 2015, Cuparencu received the Top Ten Age Group Coach of the Year award from the American Swimming Coaches Association (ASCA) for his 2104-2015 age group coaching performance with the TAC Titans in Cary, NC. He helped found the team in 2013 and was instrumental in growing it to more than 600 swimmers in just three years. He was nominated for NCS Coach of the Year every season he coached in the state. After being named Head Coach in 2014, his first action was to create a National Team, which finished in the Top 20 at the 2015 USA Swimming LCM and SCY Junior National meets and boasted five Olympic Trial Qualifiers under the age of 17. He also produced numerous Senior and Junior National Qualifiers, individual and relay state record holders, NC State Champions, and Zone Team qualifiers every season while with the Titans. In addition, Cuparencu’s swimmers have been awarded with invitations to USA National, Zone Select and NC Select Camps. Cuparencu began his professional coaching career in Indiana with the Terre Haute Torpedoes (THT) Swim Club. He followed THT with Brownsburg Swim Club as Head Age Group Coach. At THT and BSC, Coach Raz lead 2 age group programs and developed several State, Zone, National qualifiers and one Olympic Trials qualifier.