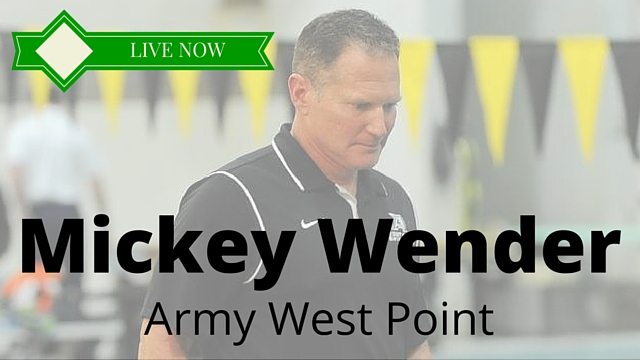 Mickey Wender enters his 11th season at the helm of Army’s swimming and diving programs, authoring a record of 161-104-1 (.607) at West Point. During his time on the banks of the Hudson, Wender has not only led both the men’s and women’s teams to top finishes at the Patriot League Championships, but has also coached 89 cadet-athletes to Patriot League Honors. He was the founder of the NIKE Swim Camps at UC-Santa Cruz, as well as the San Diego Triathlon Camp. He has also produced a best-selling instructional swim video series and is the founder of Team Starbucks Aquatics, a highly-successful club program. He has also been a leader in the sport politically, serving in leadership positions of several national and local organizations. He served as the president of the Greater Seattle Swim Coaches Association, and he currently sits on the board of the College Swim Coaches Association of America.