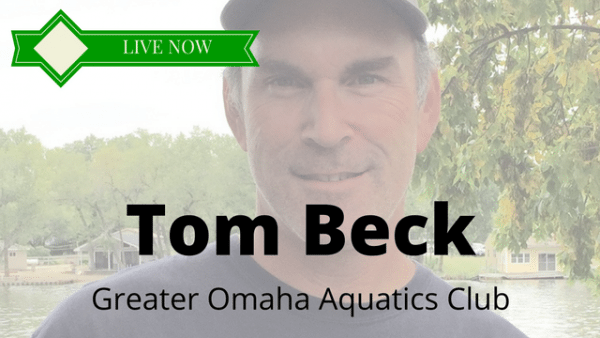 Tom Beck is the Head Coach and owner of Greater Omaha Aquatics Leopardsharks (GOAL). He has been involved in swimming in Nebraska for over 40 years. Tom began coaching in 1986 as a summer rec coach at Keystone Pool, leading Keystone for the next 3 years and climbing to the top 3 in Omaha’s A Division. Immediately before founding GOAL, Coach Beck was at the Millard Aquatic Club (MAC) in Omaha. Tom was the head age group/assistant senior coach from 1995 until 1998, when he became head coach, a position he held until the spring of 2001. While at MAC the club doubled in size, growing from 130 to 260 swimmers. Tom coached 3 swimmers to Senior National standards, 2 swimmers to Olympic Trials standards, and 1 swimmer to a Junior National championship. Coach Beck was one of three finalists for the Midwestern LSC Senior Coach of the Year in 2001. Since starting GOAL in 2001, Coach Beck has helped the team to steadily climb the team rankings at the Midwestern Swimming Division 1 (D1) Championship Meets. GOAL achieved it’s first runner-up finish at D1’s in the summer of 2008, and won it’s first D1 championship in the summer of 2009. Coach Beck was named the Midwestern Senior Coach of the Year in 2009, 2011, 2012 and 2014. In 2012, GOAL had it’s first Olympic Trials participants, when Ryan Miksch and Will Raynor both competed in Omaha at the CenturyLink Center. Later that summer, GOAL had it’s first-ever multiple A finalists at Junior Nationals, when Jacob Molacek and Bob Glover both made the championship finals in Indianapolis. Coach Beck was honored by his peers by being selected as the Hank Enterline Central Section Region 8 2012 Long Course Coach of the Year. He was again awarded that honor in the summer of 2014.