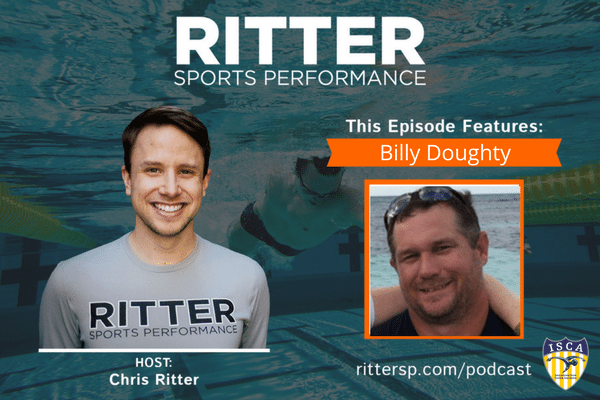 SHOW NOTES
Billy Doughty took over the DART (Davis) program in the fall of 2009. Since 2009, Coach Billy has been named 2011, 2013, 2014, 2015, and 2016 “SENIOR COACH OF THE YEAR” for Sierra Nevada LSC. In his time in Davis, the program has has produced multiple Olympic Trials qualifiers, multiple National and Junior National finalists, and put an athlete on the USA National Junior Team. The DART program has been awarded “Gold Medal” status in 2015, the “Silver Medal” in 2014 & 2013, and the “Bronze Medal” status in 2011 and 2012 from USA Swimming. Prior to Davis, Billy has served as the Head Coach for City of Mobile Swim Association and as Head Site Coach for Palo Alto Stanford Aquatics.