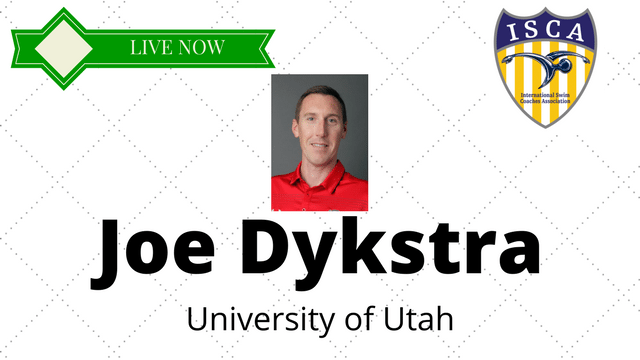 SHOW NOTES
Joe Dystra has been the head coach of the Utah swimming and diving teams for 3 seasons. The Utah men’s swimming and diving team finished the 2016 season with three athletes competing in the NCAA Championships, four new school records and 23 NCAA B standard times. The women’s s team sent three individuals to the NCAA Championships, recorded three new school records and had nine NCAA B standard time. Utah concluded another solid year in the pool with a pair of All-American nods and then sent eight swimmers and two divers to the U.S. Olympic Team Trials, two swimmers to the Canadian Olympic Team Trials and two swimmers to the European Aquatics Championships. Coach Dykstra is a two-time Sun Belt Conference Coach of the Year. He spent seven years as the head women’s coach at North Texas before coming to Utah. Prior to North Texas he spent six years as the associate head men’s and women’s coach at Washington from 2001-06. He was also a four-year swimmer for the Huskies.
Connect