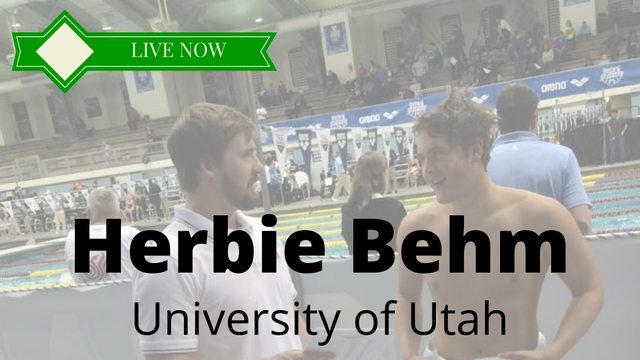 Herbie Behm is the Assistant Coach for the University of Utah swimming and diving. Behm arrived in Salt Lake City after working with the Phoenix Swim Club and the U.S. National Team. Most recently, he coached the 2015 Pan-American Games record holder in the 100 fly, a 2016 U.S. Olympic Trials finalist and a 2016 Olympic Games qualifier. Behm has coached athletes to state championships, National Age Group Records and qualifying times from regional events all the way to the Olympic Trials. Some of his athletes have represented their countries internationally, winning medals at World Cups, Pan-American and Commonwealth Games. A graduate of Arizona State University, Behm received his B.A. in Psychology while minoring in Communications. As a swimmer, he was 10-time High School All-American as well as a former state and NAG record holder.