Matt Crispino is the Director of Swimming at the College of William & Mary. During his decade as the Director of Swimming at William & Mary, he has led his alma mater to new heights and continues to make new strides as he leads the Tribe closer to national prominence. Crispino is the sixth mentor of the combined Tribe program, and the first alum to lead either W&M team since Keith Havens ’76 coached the men’s team from 1981-84. After nine complete seasons, Crispino has far out-paced any other coach since the teams combined in 1989 with a 113-78 record and a .592 winning percentage. All-time, he is the second-winningest coach in school history for each the men (48 wins) and the women (65 wins), trailing only legends Dudley Jensen (171 wins in 33 seasons) and Christina Jackson (77 wins in 12 seasons). He became the second 100-meet winner all-time on Senior Day in 2015, when the Tribe men knocked off longtime-rival East Carolina. Crispino returned to his alma mater in 2007 after five years in the assistant coaching ranks. His previous stop was at Colgate University for the 2006-07 season, where he served as the assistant coach for both men’s and women’s teams. Prior to Colgate, he spent three years on the deck at West Point as the assistant coach for both men and women. Crispino got his start in coaching as a graduate assistant at Florida State University, where he worked with several athletes who counted NCAA, U.S. National, and Olympic Trials bids among their accomplishments. The captain and Most Valuable Swimmer of the 2001-02 Tribe men’s swimming team, Crispino helped set the school record in the 800 free relay as a freshman at the CAA Championships, with a time of 6:47.85. In his rookie season, the team placed second at the conference meet after going 15-1 (6-0 CAA) during the regular season. Crispino received his bachelor’s of arts in government from the College in 2002, and his master’s in physical education from Florida State in 2003.

Learn from the best how to create an effective season plan. 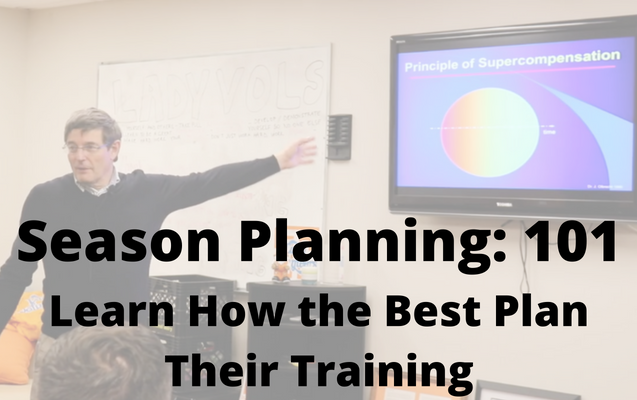