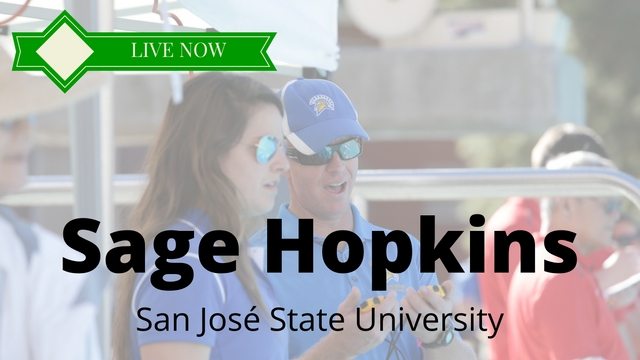 Sage Hopkins is in his ninth season as the head coach of the San Jose State University women’s swimming and diving program. Hopkins came to San Jose State from the De Anza Cupertino Aquatics (DACA) club program, where he had served as the associate director and associate head coach since 2000. His duties included managing day-to-day operations of the corporation, as well as directing the DACA Saratoga High School programs. He was involved in daily coaching of national-level swimmers of high school and college ages. Hopkins has also served as an assistant coach at De Anza College in Cupertino, California. Hopkins has coached swimmers to dozens of world rankings over the years and has coached four athletes onto the USA Swimming national team, including Gabe Woodward in 1999 and 2000 while with the Bakersfield Swim Club. Woodward went on to medal at the 2004 Athens Olympics.