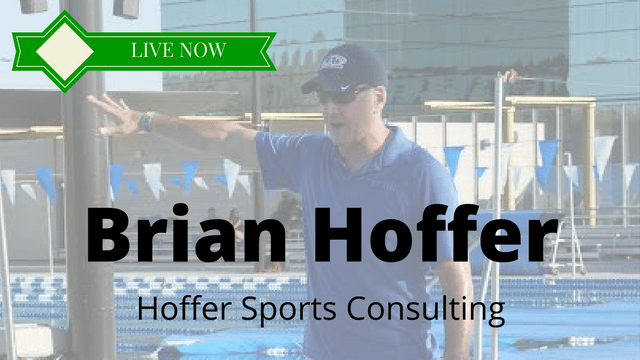 Brian Hoffer first started his coaching career after accepting the assistant job from Arizona State. After his years at ASU, he traveled to coach at the University of Missouri. During his time in Missouri, he was able to rocket the swimming program among the top 25 programs in the country. Brian also built one of the best swim camps in college swimming history from 2003 to 2009 and in the last three years, the camp had over 1,000 swimmers attend. In the summer of 2011, Hoffer became the Head Coach of Phoenix Swim Club where he had the opportunity to coach the team to a Senior State Championship. Currently, Hoffer is offering is services in the Phoenix area where he as experience in coaching triathletes, Master’s swimmers as well as open water athletes.