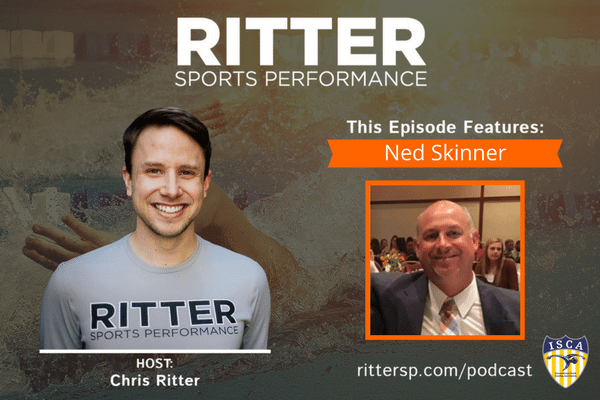 SHOW NOTES
Ned Skinner has been the head coach for the Virginia Tech Hokies since 1998. Under his care, his swimmers are standout student-athletes in the classroom, community and pool. In his most recent season, Coach Skinner was named to the USA Swimming National Team’s coaching staff. The program was very successful as it led the way to two top five finishes at the ACC Championships, five individual conference champions, four All-American NCAA Championship performances and five Honorable Mention All-American-swims. In his prior coaching years, he was the head coach from 1994 to 1998 at William & Mary and prior to this, he was the head coach and aquatics director for the Central Connecticut State University from 1990 to 1994.
Connect
Connect with Ned:
– Team Website
– Facebook
– Email
Podcast Sponsors