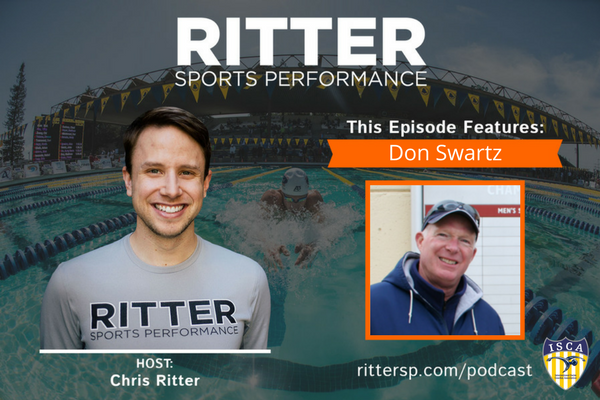 SHOW NOTES
Don Swartz has been the head coach for the North Bay Aquatics since May of 2005. North Bay Aquatics is a rapidly developing program with senior swimmers at the Sectional and National level. Don Swartz began his club coaching career in 1967 as an age group coach with George French at Ladera Oaks Aquatic Club in Northern California. After a stop in Davis, CA he moved to Marin County to become Head Coach of the Marin Aquatic Club. One of his swimmers, Rick DeMont, became, in 1973, the first person to break the 4 minute barrier in the 400 meter free while winning the World Championships in Belgrade, Yugoslavia. Don was a Board member of the American Swim Coaches Association and a featured speaker at several World Clinics for ASCA. He was a coach on the 1975 World Championship staff and on the 1977 National team staff for the dual meets in East Germany and Russia. In 1977, Don founded the Creative Performance Institute and for eight years specialized in teaching the mental side of the game to coaches and athletes. His workshops covered topics including: goal setting, risk taking, anxiety management and visualization. His clients included many high school, club and collegiate teams. He also worked internationally in Canada, Mexico, Venezuela, Sweden and Ireland.
Connect
Connect with Don:
– Team Website
– Coach Website
– Email
Podcast Sponsors