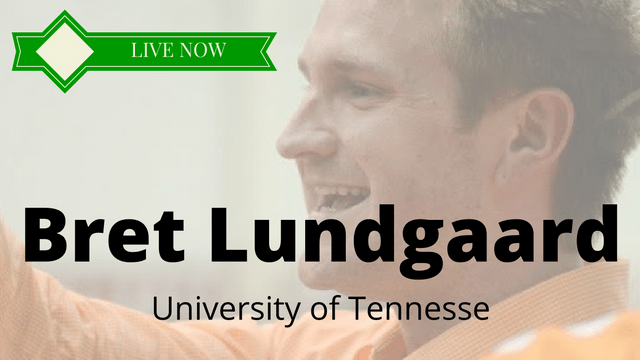 SHOW NOTES
Bret Lundgaard is in his fifth season as an assistant coach for the Tennessee men’s and women’s swimming and diving program. Lundgaard was Kredich’s first hire after being named head of the combined men’s and women’s swimming and diving program in April 2012. He works primarily with the Tennessee breaststrokers and butterfliers, as well as, the middle distance groups. Lundgaard also serves as the Volunteers’ recruiting coordinator and camp director. Bret joined Tennesse after spending three years as an assistant with the Army where he served as recruiting coordinator and also primarily trained freestylers and individual medley swimmers. In the Army, he helped the Black Knights rewrite their team record board. Prior to the Army, Bret was an assistant coach for Boulder City High School as well as the assistant coach for Desert Storm Swim Team.
Connect