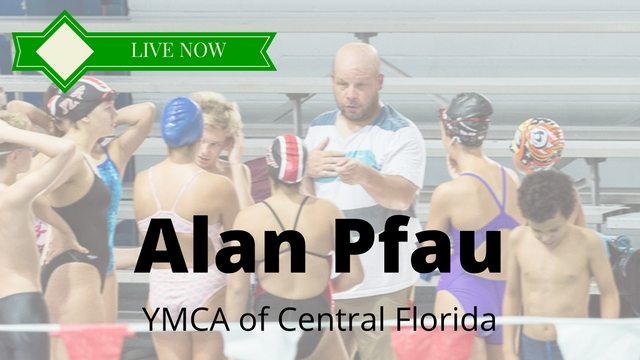 Alan Pfan is the Director of Competitive Swimming at the YMCA of Central Florida. Prior to this position, Pfau spent eight years at SwimMAC Carolina. During his tenure at SwimMAC, Pfau coached ten Olympic Trial and Senior National Qualifiers, seventeen Junior National Qualifiers, three Junior National Team Members, and a 2012 USA Swimming Junior Pan Pacific team member. In addition, Pfau has been an Assistant Coach at the 2009 USA Swimming Girl’s National Select Camp and 2009 USA Swimming Zone Select Camp while also named to the USA Swimming National Junior Coach’s List in 2012-13 and 2013-14. He began coaching with the Winston-Salem YMCA (currently known as TYDE Swim Team), then took a head coaching position with the Capital YMCA Swim Team in Raleigh (currently known as the YOTA Swim Team) and then moved into collegiate coaching with an assistant position at Western Kentucky University.