123 Do YOU know if YOUR Breaststroke Pullout Slows You Down? - RITTER Sports Performance 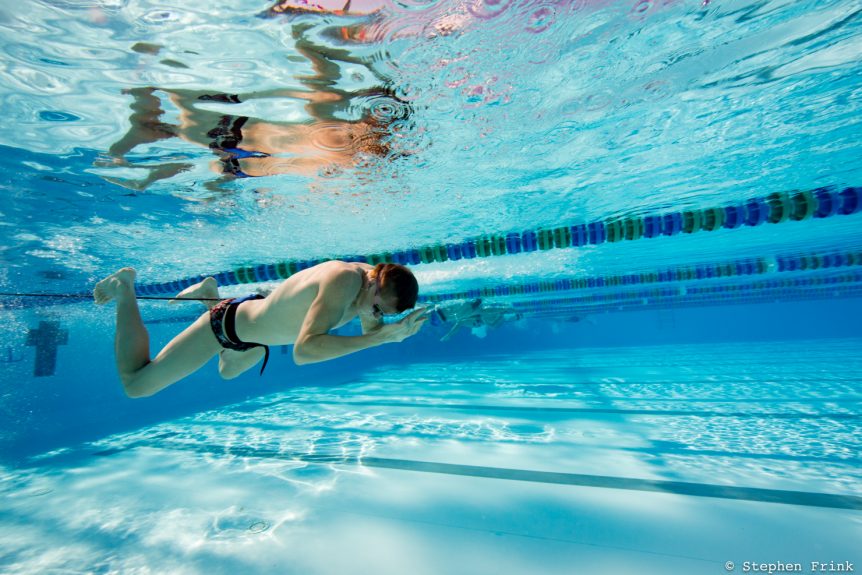 With this rule, a swimmer is permitted to take one dolphin kick prior to the Breaststroke kick in the underwater pullout. Let’s break down the pull-out to help better understand our options of where we can place the kick:

Phase #1–Push-off or Start: The moment the swimmer’s feet leave the block or wall. 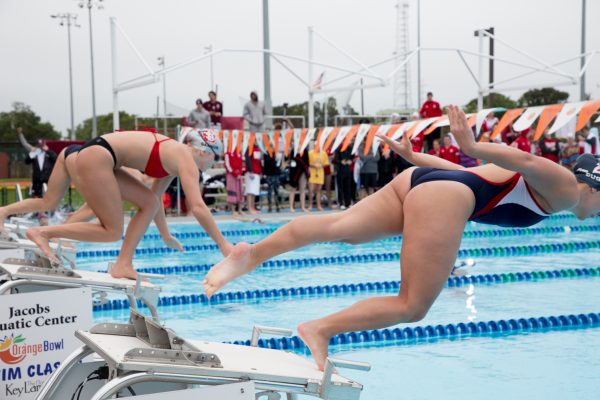 Phase #2–The Glide: The time spend underwater prior to ANY executed movements! 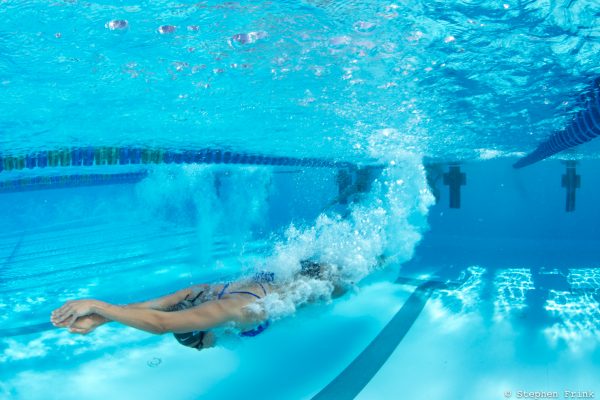 Phase #3–The Arm Pull-Down: The time it takes from initiating the underwater pull and finishing the pull with the hands at the thighs. 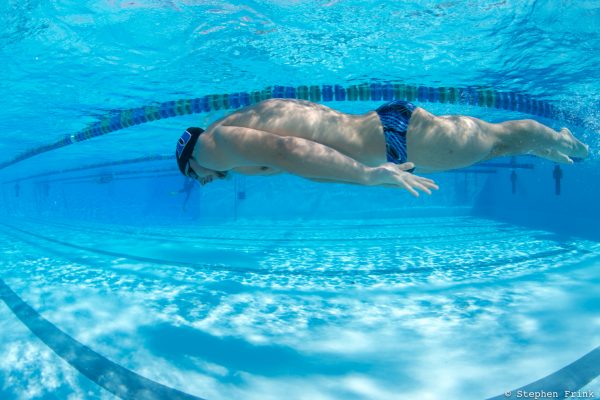 Phase #4–The Recovery: The time spent kicking the hands back forward into a horizontal, streamline position and finishing the first kick. 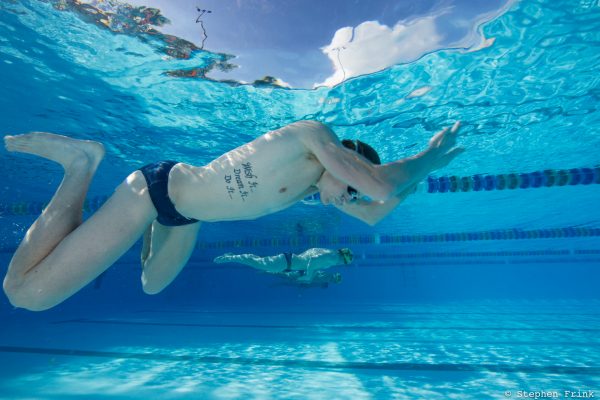 Out of these 4 phases, there’s basically 3 places (according to the current rules) that the underwater dolphin kick can happen: The Glide, During the Arm Pull-Down, or After the Arm Pull-Down (before the recovery).

When I was younger (grew up in the 90’s), I was first taught to finish the pull-down completely and then, do a dolphin kick. Researchers have now found out that initiating a dolphin kick after the pull-down really doesn’t generate that MUCH more power. And actually, it really hindered swimmer’s speed due to drastic changes in their body-alignment.

As I continued my career, I was then told to dolphin kick and pull-down simultaneously, as it supposedly amplified the speed effect by coupling these two motions together!

Now, coaches are telling swimmers to dolphin kick PRIOR to the ENTIRE Pull-Down phase to keep their initial speed higher for longer.

So out of all these options, what is the best time to initiate this dolphin kick? In order to answer this, we first need to better understand what happens to a swimmer’s velocity during a pull-out WITHOUT a dolphin kick.

Let’s look at it:

Special Thanks to the International Journal of Sports Medicine, Ludovic Seifert, Julien Vantorre, and Chollet Didier for this graph. 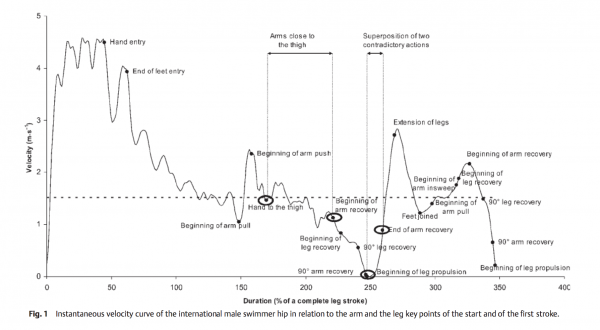 As you can see from the graph, the moment the swimmer hits the water (from the blocks)—he is at their highest peak velocity (~4.5 m/s). From there, his speed immediately starts to slow down during his time spent gliding underwater.

After he completes the glide phase, he initiates and competes the arm pull–which creates a small boost in speed. From there, he finishes his pullout with his kick & arm recovery–which creates another smaller peak in speed, followed by a MASSIVE boost from the finish of his kick.

Here’s his velocity pattern charted on a table:

It’s obvious from the data, that a swimmer will never recreate the speed achieved from the block. So in reality, a swimmer must try to carry the highest, create-able speed possible–for as long as they can during their pullout.

What does this mean for the dolphin kick?

A swimmer should put the dolphin kick in the portion of the pullout that it’s speed is EQUAL TO and/or SLOWER than a swimmer’s surface speed.

Easy way to say this is that most Breaststrokers (beside for a few guys) swim with a surface speed LESS THAN 2.0 m/s. If you compare the table data to 2.0 m/s, you will find TWO distinct places to put a dolphin kick:

If you want to know which portion of the pull-out that I’d recommend to keep your speed at the highest, and to make sure YOUR pullouts aren’t slowing you down–[CLICK HERE] to read Part II!