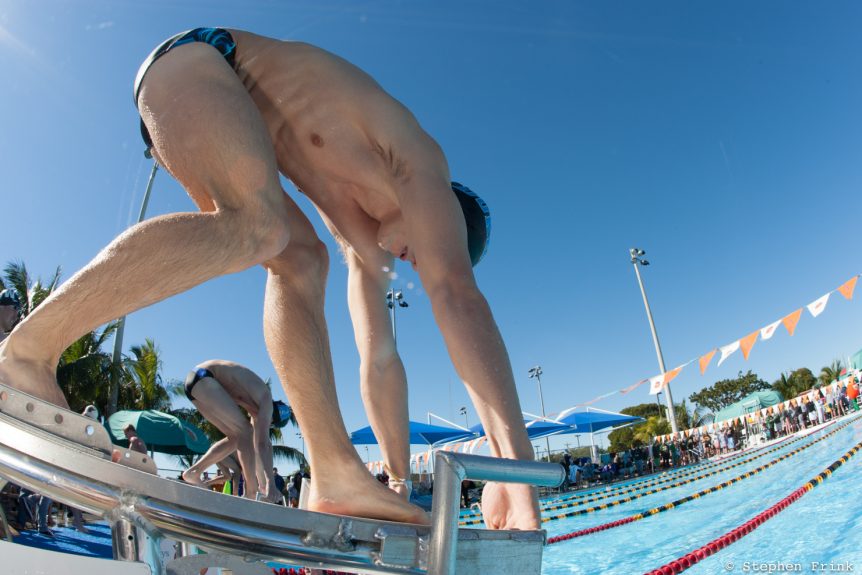 Welcome back to our new technique series on starts! First off, I would like to apologize for my lack of posts recently. My house was destroyed by Hurricane Irma, so I was offline dealing with that and moving myself into a new place. Overall, the rebuilding process has been moving along fairly quickly–but this whole disaster is something I would never want anyone to experience again! So, thank you for being patient with me during this unexpected disaster, but now let’s go learn something AWESOME about starts!

Throughout swimming history, there has been a large debate on whether using your arms on the blocks while starting—actually improves your starts. Some coaches thought it was best to just throw your hands forward and get them into a streamline–as quick as possible. While others believed engaging your arms actually allows a swimmer to create more forward momentum with their body. Which belief is true?

The latter is. Why? 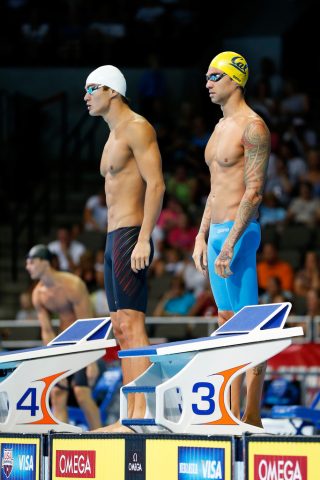 The introduction of the back foot plate back in 2008.

Now, this may seem like a very interesting answer! As most coaches and swimmers believe the back foot plate allows a swimmer to generate more forward propulsion with their legs, rather than the arms. But in reality, the back foot plate affected a swimmer’s ability to generate more force with the arms—just as much as the legs. Let’s take a look and see. 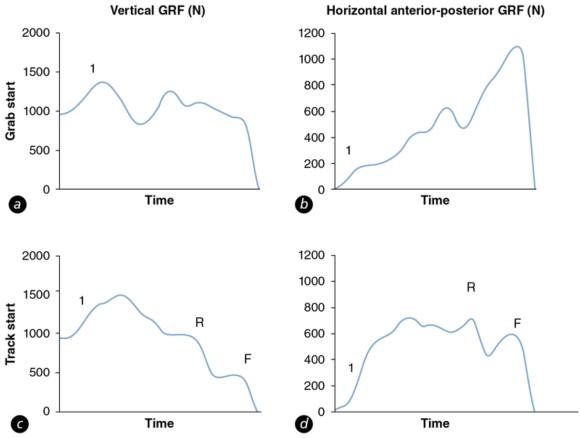 This image was taken from the book, “The Science of Swimming Faster” by Scott Riewald and Scott Rodeo featured on the HumanKinetics website.

In this image, you can see they compared the force values generated from a “grab start”, versus, a “track start” using the back foot plate.

Keep in mind: All the forces generated are created by Newton’s third law of motion: for every action—there is an equal and opposite reaction.

Back to our subject…

1.) Grab Start: both of a swimmer’s feet are at the front of the block and all 10 toes curled over the edge. 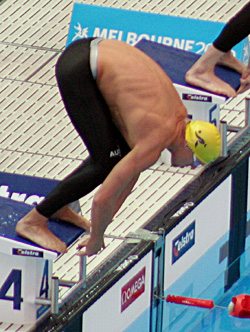 2.) Track Start: A swimmer’s legs are in a split-stance position with their dominant foots’ toes curled over the edge and their rear foot is placed behind them—on the back foot plate. 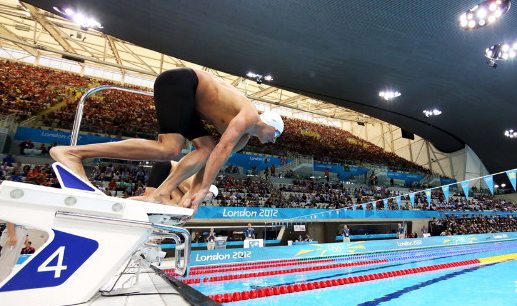 The reason there is a higher vertical force during a grab start is due to the fact that a swimmer lowers their body more towards the blocks during a grab start, than a track start. To achieve a good start, we aren’t solely concerned about vertical force. In reality, we want a swimmer to jump forward and not up—so how much force is generated in the vertical motion is not something we are super concerned about.

So, what does this mean with using your arms during the dive? 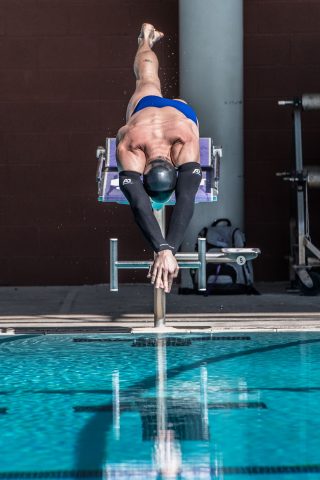 The more a swimmer can appropriately load their back leg AND engage their arm muscles, the quicker and more horizontal force they will be able to produce! This is why we’ve seen an increase in so-called “rear-foot loaded” starts, which are a swimmer loading their back-leg prior to the start and using their arms to increase their forward momentum before their fingers hit the water. Overall, the type of start called a “Butterfly start” generates the highest average horizontal force, which produces the highest starting velocity for a swimmer!

[CLICK HERE] for Part II, where we discuss what arm motions are available for a swimmer to use after they hear the “beep”, and what proper block positioning looks like.