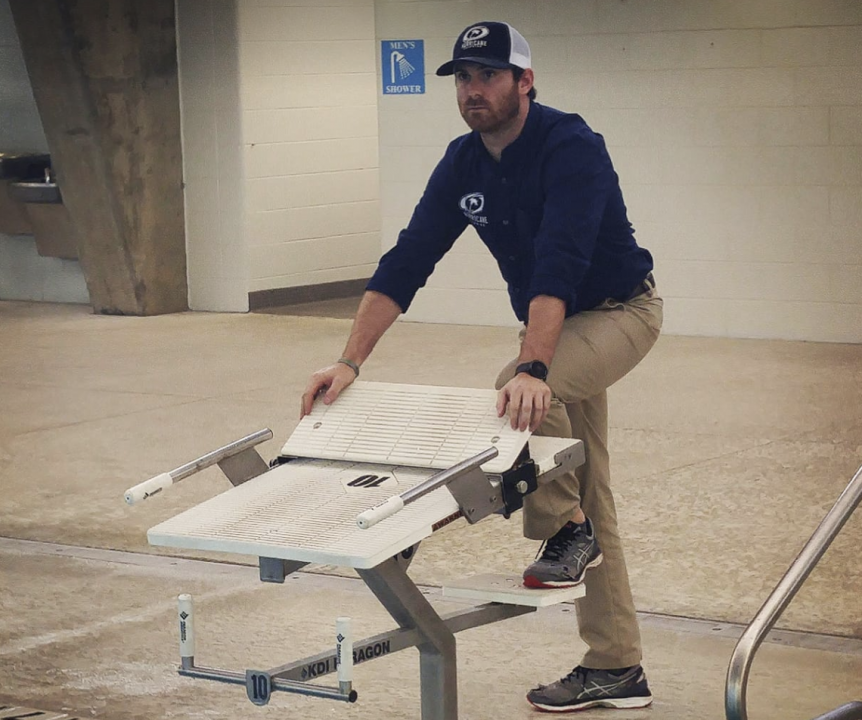 Welcome to my LIVE Q&A with Columbus Aquatic Club's Head Age Coach, Andrew Beggs and Assistant Coach, Leah Gingrich. Andrew comes to us from Columbus, GA--where he has been coaching in a variety of capacities for both Track and Field and Swimming over the past 13 years.

Asides from being CAC's Head Coach, Andrew also serves as a Swimming Coach for Go!AthleticsTM, an organization that uses proven principles of physiology and bioenergetics to optimize human performance!

With both Andrew and Leah's personal and coaching experience--we had a great conversation on swimming technique, performance, and coaching--check it out below!

Prior to Columbus, Andrew was the Director of Competitive Aquatics and Head Coach for the Lionville Community YMCA in Exton, Pennsylvania from 2013 – 2016. During his time at Lionville, the team accelerated from seventeenth at the State Championship meet in 2013 to first in 2016, setting multiple District, State and National records along the way.

Prior to Lionville, Andrew served as the Associate Coach at Swarthmore College and was the recipient of the CSCAA Jean Freeman Scholarship in 2013. Andrew coached for the Ridley Area YMCA RAYS program for seven years. He has coached for Brookhaven Swim Club, Riddlewood Swim Club and Pennypacker Country Club. He has also served as the Head Coach of the Sun Valley High School Swimming and Diving team and Men’s Track and Field team. Andrew is originally from Brookhaven, Pennsylvania in Delaware County. Andrew attended Rutgers University and was a member of the Men’s Track and Field team from 2004 – 2006. He holds a B.A. in Applied Mathematics from Eastern University.