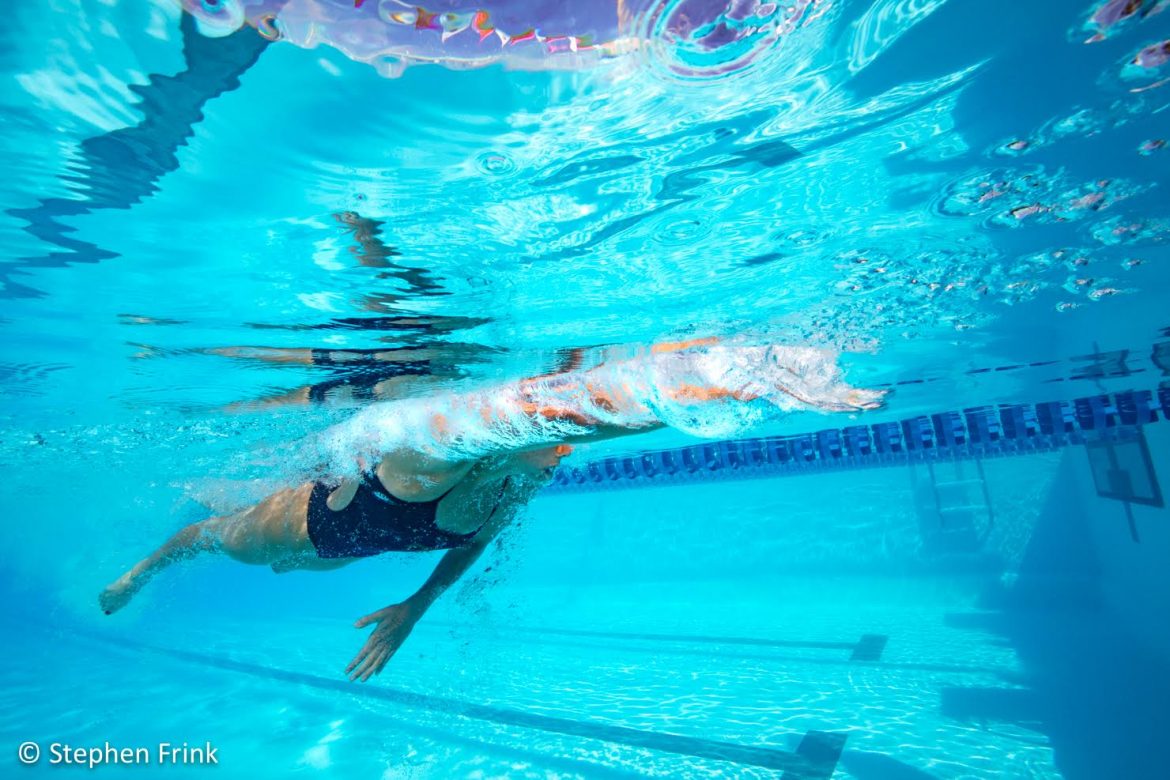 Welcome to Part III, our final segment about how amazingly awesome the pinky finger is! This week, we are going to dive even deeper into how your pinky finger affects your lower extremities (not just your Freestyle Pull).

Last week we introduced the POS system. (Yes–it’s definitely a better idea to read Part’s I & II if you haven’t before continuing on 🙂 )

To better understand how the POS system could possible affect a swimmer’s kick, we must understand one of the other three subsystems. The POS system works synergistically (in combination) with the Deep Longitudinal Subsystem (DLS). The DLS is composed of erector spinae, thoracolumbar fascia, sacrotuberous ligament, and bicep femoris. Simplistically, the DLS transfers force from the foot to the trunk and vice versa. When the POS system works in combination with the DLS system—they both help distribute the forces created through rotational activities.

Freestyle is a rotational stroke. Swimmer’s rotate around their longitudinal axis to create the speed and power necessary to get them up and down the pool. When discussing the pinky’s role in a swimmer’s kick, one must remember that the pinky of whatever hand is indirectly connected to the opposing gluteus maximus (the muscle in your bottom)—i.e. your right hand, pinky, is connected to your left glute and vice versa.

When a swimmer hand enters the water at the top of their freestyle stroke, a connection between the hand and lower body is made (through the POS system). Ideally, if a swimmer is entering the water with their right hand—their left leg should be kicking down. In order to augment the force created by this left leg kick, the pinky needs to be flexed and slightly cupped at entry. 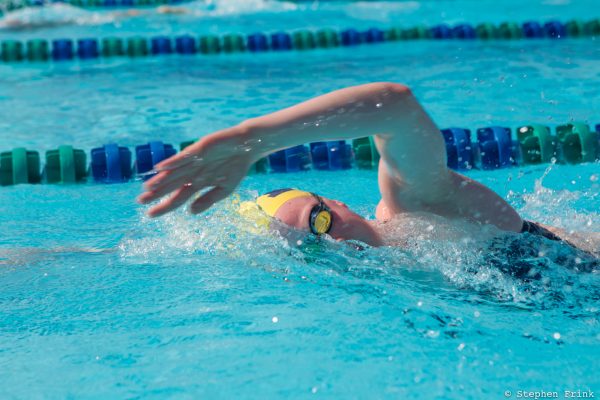 But here’s the kicker:

If we take this even a step further– as a swimmer’s right hand starts moving backwards (during the freestyle pull), their body will be rotating from their left side back towards their stomach.

If you remember from earlier that when you combine the POS system with the DLS, they work together to transmit the forces created through rotational motion. If the POS system sends a greater force to the opposing glute muscle (through pinky activation), the DLS system then sends that greater force (along with any extra force created from the rotation) down to the feet. This means that every single kick happening in conjunction and after the hand enters the water will be stronger due to pinky activation throughout the swimmer’s pull. 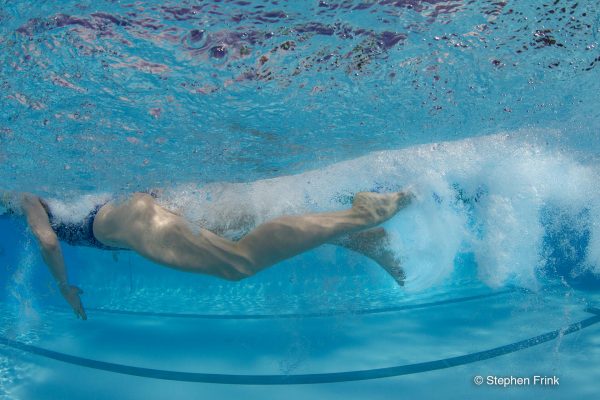 In conclusion, if a swimmer enters the water with the right hand flexed and slightly cupped backward– their kick on their left leg will be stronger. But more importantly, every kick after that initial kick will be more powerful due to the continued pinky activation and the DLS system distributing the rotational forces.

How do I get the most power of out my Freestyle Kick?

1.) Flex and slightly cup your fingers backwards throughout your Freestyle pull (images shown in Part II).

[CLICK HERE] for 3 MORE tips on how to improve your Freestyle Kick?