123 Part I: How to SETUP for a PERFECT Open Turn - RITTER Sports Performance 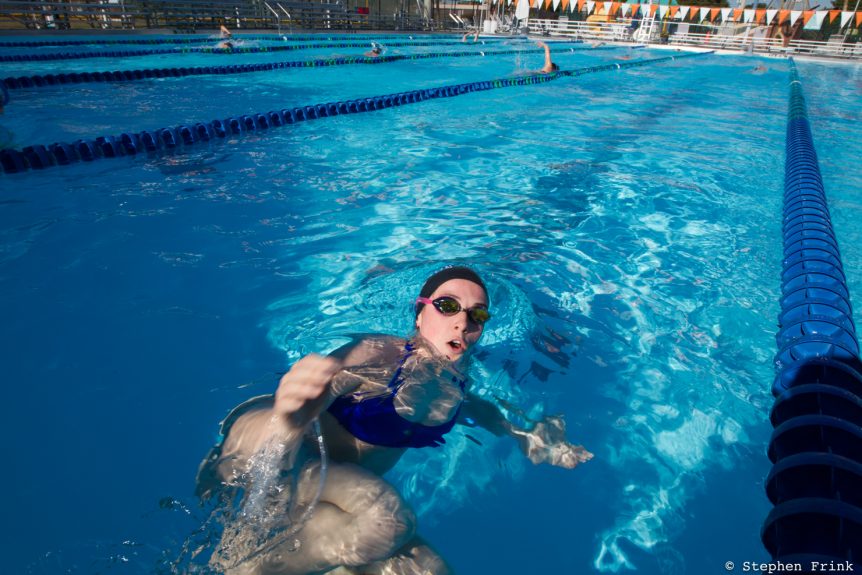 Perfecting your open turns is a definite must for all swimmers. Whether you’re at the developmental level, an IMer, and/or performing kick sets with a board at practice—knowing how to get your body into an optimum position, after finishing with a hand touch is crucial to fast swimming. In our next series, we will breaking down Open Turns very similar to our Flipturn Series to help you improve your Open Turns!

Just like the Flipturn, the Open Turn has 3 parts:

All of these movements must be performed well and sequentially, or swimmers will significantly slow down.

The main difference between an Open Turn and FlipTurn is that the swimmer’s speed goes to zero SOONER during an Open Turn than a Flipturn.

In a Flipturn, the swimmers perform a somersault, which if done correctly—they carry their (swim) speed through the flip and their speed doesn’t hit zero, until their feet plant on the wall. An Open Turn is completely opposite.

During an Open Turn, a swimmer’s speed will hit zero at the hand touch—which is a lot SOONER than a Flipturn. While some of the swimmer’s speed may help carry the rest of their body towards the wall (after the hand touch), they are no longer progressing forward in the pool and forward velocity has stopped.

With knowing this main difference, it’s really important for swimmers to set up their Open Turns well and here’s how you do that: 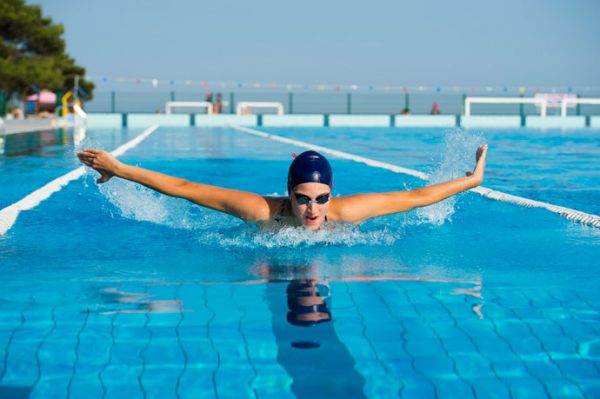 When approaching the wall for an Open Turn, swimmers should have an idea of their stroke count from the flags in. Just like a Backstroke turn, it’s important for a swimmer to feel confident they can hit they wall with an arm’s distance away—instead of jamming, diving under, or gliding into the turn.

Knowing your stroke count takes practice, and practice of all different speed levels. So when you’re in a meet environment, you know how to adjust your stroke to hit the wall perfectly—every time.

2.) Don’t Breathe On Your Last Stroke

How many times have you heard your coach say this? Probably way TOO MANY! And that’s because it matters!

By keeping your head down (while swimming Butterfly into the wall), you’re keeping your speed up as high as possible and keeping your body alignment at a better angle.

If you lift your head right before the wall, your hips drop down towards the bottom. This causes you to pull the legs up and forward—instead of just forward when the hands hit. The result of this causes a much higher increase in drag!

After all, a swimmer will inevitably get a breath during the turn anyways, so waiting for the breath and keeping great body alignment is MORE beneficial, than the two small inhales of air (from the double breath with the increase in drag associated with it)!

Obviously in Breaststroke, swimmers breathe every stroke. So instead of choosing to keep their head down, Breaststrokers can make sure they are reaching for the wall in a good, streamlined position–after their last breath. This means swimmers must drop their head down, enough, to get into a streamline as the arms recover forward. By doing this, swimmers will pop their hips up towards the surface and achieve the great body position we talked about above–before hitting the wall.

In Breaststroke, you’re recovering your hands against the water (which has more drag), while in Butterfly you’re throwing the arms through the air–to hit the wall. Inevitably in Breaststroke, you’ll have more time (due to the extra drag), but it’s still VERY important to use that time well!

3.) Hit the Wall Towards the Top 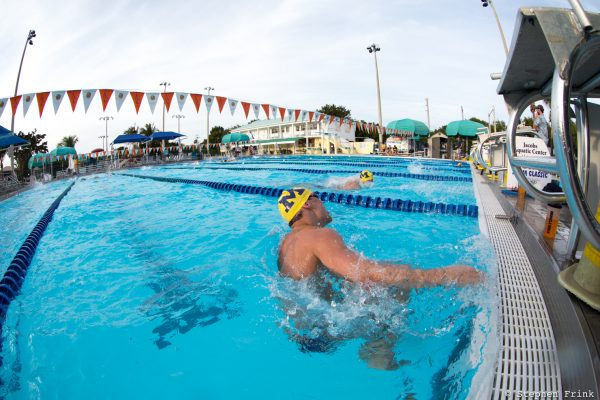 If you’re swimming in a pool with gutters, it’s advantageous grab the gutter. NOW, there is a HUGE caveat here, because if you start swimming at higher level USA and International meets—they don’t have gutters, so you’ll need to able to perform an Open Turn without one.

Even if you don’t have a gutter, it’s better to place the hands towards the top of the touch pad (around the water line) to give you leverage to bring the legs in and eventually, curl them under your body. It’s very important to know how to hit the wall in both scenarios.

A pool with a gutter allows swimmers to use it and wrap their fingertips around it, while performing a turn. As coaches, I’m sure many of you have seen the swimmers that use the gutter to grab and pull their body UP. What this does is causes them to have to push DOWN, and that doesn’t lead to a great push-off. Working with your swimmers to use the gutter to pull their body IN is VERY important! Making sure your swimmers understand the difference in these two movements is a fundamental step in mastering the Open Turn!

With a touchpad wall, swimmers will not be able to wrap their fingertips around the wall and will need to be cleaner with second and third steps of an Open Turn to really execute it well. With a touchpad wall, swimmers will plant their palms against the wall–fingertips facing up and will need to “crunch” their body in without the help of their grip strength.

To better understand the common mistakes made with Open Turns, be sure to check out my video on the “3 Common Mistakes” made in Butterfly Open Turns below:

[CLICK HERE] to read Part II, where we discuss the second step of an Open Turn—The Crunch!